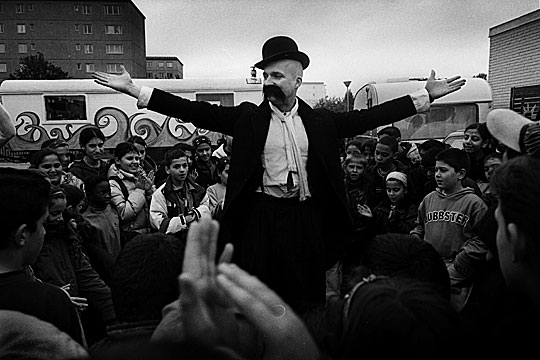 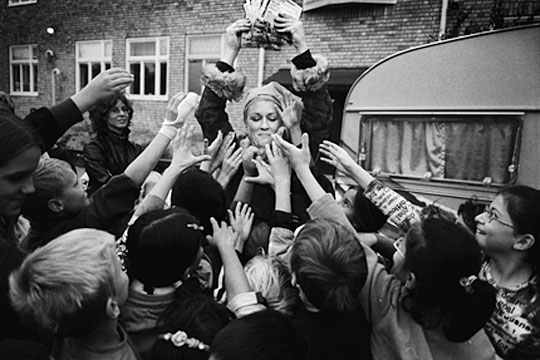 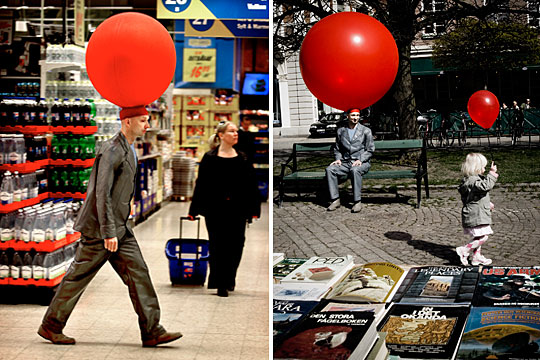 "Out of Order: Cirkus Cirkör. An Interview with Tilde Björfors." av Tessa Overbeek
In this in-depth interview, conducted in August of 2010, Tilde Björfors, founder of Cirkus Cirkör, discusses the ideas that guide the company's considerably varied practices. Since she became familiar with contemporary circus in the early nineteen-nineties, she has used it as a source of inspiration and knowledge to find ways to change the world, starting with Sweden, and certain communities, such as the municipality of Botkyrka, in particular.

Cirkör's community work was the main focus of this interview, which is part of a larger collection of articles about different forms of community art in different parts of the world, that together make up the book Community Art. The Politics of Trespassing.1

The interview is preceded by an introduction in which Cirkör's history and activities are put in the context of changes Swedish culture underwent in the past few decades, particularly an increasing sense of uncertainty and insecurity, due to factors such as economic crises, rises in unemployment, and increases in immigration. In Sweden, a country known for valuing order, normality and security, these changes have made quite an impact.

For Björfors, (contemporary) circus is a way to investigate the relationship between risk and possibility, an issue which has always fascinated her, not only on a personal level, but also because she believes it is an important one for the country she grew up in. In the interview she explains what she has learned about this relationship and gives examples from her experiences with Cirkör and her research activities, as well as suggestions for ways in which these insights could be useful for society in general.

These insights relate to a wide range of subjects, such as leadership, the risk involved in creating circus performances, and dealing with fear, but also control, education, imagination, creativity, being critical, making changes and the importance of artistic research. The interview is concluded by a few reflections about the role that contemporary circus can play in society.

"Fragments of the History of Contemporary Circus in Sweden 1990-2010" - Camilla Damkjaer and Kiki Muukkonen
Here we are, writing about the history of contemporary circus in Sweden, as it started before we even set foot in Stockholm for the first time. Somehow this is typical of contemporary circus: its history is never national, though we frequently write it in those terms, it is international: moving individuals, shared influences, international circus communities. It is impossible to write the history of contemporary Swedish circus, except, perhaps, in a geographical sense: the circus events and circus related activities that have taken place in Sweden.